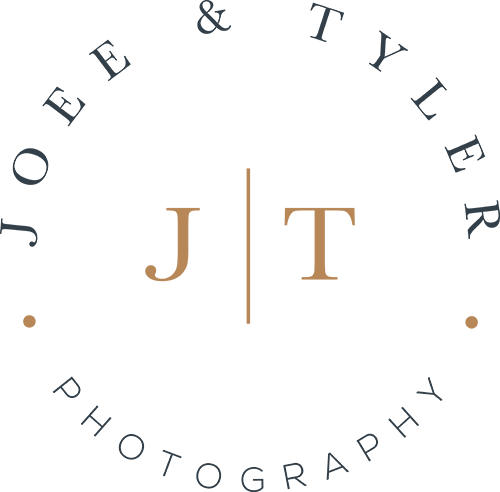 Fun Facts from the Couple

After the wedding is over and the gallery is sent, I send out a questionnaire for them to fill out.  Below are some of Season and Jenn’s responses.  As you will soon find out Season and Jenn became friends throughout our year together, and I was so happy with how candid and honest they were in their answers!

How did the proposal go down?

So Jenn and I had been talking about getting married for a while. We eventually came to the agreement that I would need to be the one to propose, because if the ball was left in Jenn’s court she would propose before I felt ready. One night after work she came home to massive gold balloons in our living room, spelling out the words “marry me”.

The song playing in the background was City of Black and White by Matt Kearney, with lyrics in the chorus that go “Because I dont wanna wait until tomorrow, to tell you how I’ll feel for the rest of my life”. In our bedroom I had attached pictures with milestones/memories onto balloons that filled up the entire room, that reflected the past four years of our relationship. Jenn later on did a “counter proposal” by surprising me with a weekend away at a bed and breakfast in Goderich.

The most memorable moment of that weekend was practising our first dance in a gazebo, and having Jenn get down on one knee and ask me to marry her. Even though we were already engaged – that moment felt as emotional, magical and special as if I was being asked for the very first time.

Why did you choose your venue for your wedding day?

We actually went to see THEMUSUEM the same day as three other venues. All three of the other venues were a rustic, outdoorsy kind of feel because we both thought that would be what we wanted.

Really I had just scheduled a tour of THE MUSEUM as something different. The idea was that we could at least figure out “what we don’t want”.  While we were touring the space, we were standing on a platform overlooking the first floor, and I remember envisioning us walking down the aisle and suddenly a wave of emotion came over me.

I remember looking and Jenn, and telling her “I think we should get married here”. Two hours later – a deposit was put down and we had found our venue!

Why did you choose Tyler Slaney Photography?

Tyler was the first and only photographer that we met with. Both of us met with Tyler really not knowing what to expect, what questions or ask or where to begin. He was friendly, laid back and easy to work with! We never felt pressured to do anything we didn’t want to do!

Over the year of our wedding planning he was with us every step of the way, and on our wedding day he truly felt like a friend who was there to share the moments with us. He listened to every request we had, made sure we both had time to enjoy ourselves and each other and not let the little things stress us out.

From The Potting Shed

©2021 Joee and Tyler Photography
TO TOP